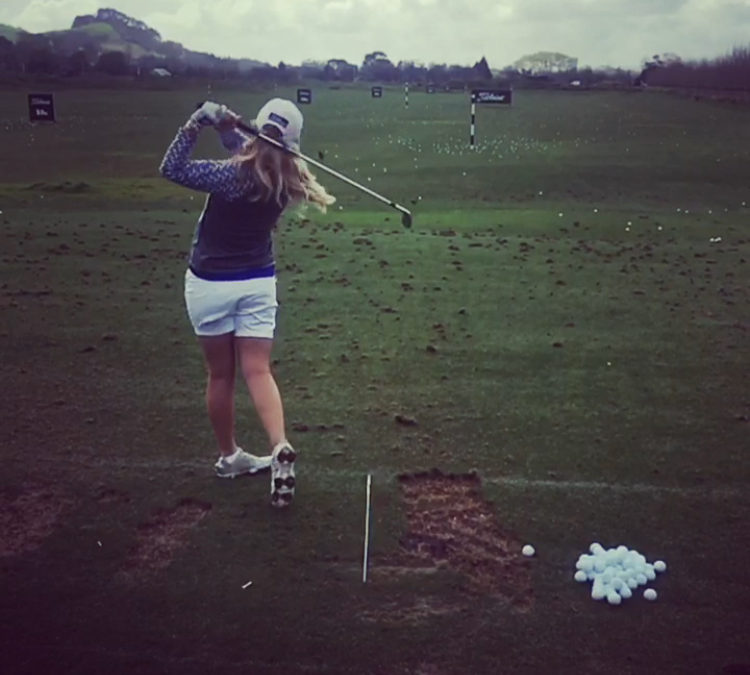 The New Zealand Open was the last full-field event of the year in 2017. It’s the final chance for players to finish in the top 100 and guarantee a place on the LPGA for the next season.

As the penultimate event of the year, emotions are running high for a lot of the players on the course. Your placing could result in making or missing the tour.

I went into the open ranked 96th on the money list and hoped that if I had a good week I would secure my place for next year. I played some of the best golf I had played all year finishing T17 and moving up to 94th. As I only held a partial LPGA card and started playing events halfway through the year, my goal was always to secure my LPGA card for 2018.

It is hard to explain the pressure on players on that final leg of the season and as you can imagine it is an intense time for all of us. I managed to stay calm throughout the week keeping myself busy so I wouldn’t overthink my golf.

It was my first time in New Zealand, and having the opportunity to travel with the game is something I love. I took a ferry to Waiheke island off the coast of Auckland and tried out lots of different restaurants in the city. And of course, it wouldn’t be right not to try some of the local wines, so we had a great wine tasting evening in the week.

Safe to say I made the most of my first visit to New Zealand and I’m already looking forward to going back again next year.